Land Ho! Palmerston Island! Refuge of the tired mariner and oasis in the vast desert of the South Pacific! We weren’t planning on stopping at Palmerston, but the captain’s analysis of the previous day’s GRIBs had him desperately looking for sanctuary from the storm we were sailing directly towards. Out came the dusty maps of the South Pacific and the decision was made, we would take our chances trying to snag one of the seven mooring balls at Palmerston.

We knew very little of Palmerston Island. We knew it was discovered by Captain Cook in the 18th century, colonized by an English sailor with three Polynesian wives in the 19th century, turned over to the descendants of William Marsters in the 20th century and was a refuge in the middle of nowhere for yachties like ourselves in the 21st century.

We also knew it was surrounded by an extremely treacherous coral reef on all sides and that at our present range of speeds, we would inescapably arrive before dawn. At about 4am we noticed a few masthead lights in the distance. The entire crew woke up to vigilantly creep towards them. The captain didn’t dare sail too close, and the decision was made to parallel the masthead lights back and forth until dawn. At about 5am, an unexpected voice with a distinct accent came crackling through the VHF, “Sailing Vessel off Palmerston Island, this is Bob Marsters on channel 16, please identify yourself….”. Two emotions that were felt by everyone on board. Surprise and relief. Surprise that someone sees us in the middle of the darkness and relief to hear a voice at the other end. The captain joyously responded, curiously asking, “what are you doing up this early to spot us in the distance?”. Bob proudly responded that the entire village was waking up to attend their daily church services and once the sun is up, we should make for buoy #4 and wait for him to come greet us after breakfast.

The captain’s original caution was well warranted when the sun finally came up. The entire island was completely surrounded by shallow reefs, and the seven mooring balls were only a few boat lengths away from calamity. We didn’t even dare take the dinghy to shore without the guidance of Mayor Bob Marsters. There is a good reason the ancient name for this island was Avarau, meaning “two hundred harbour entrances”. Pick the wrong one, however, and you are fish food.

All of a sudden, it hits you. You are on one of the most geographically remote islands in the world. You are greeted by the Mayor and taken into his home as an honored guest. You are a curiosity and a reason to celebrate, an honorary member of the family. As soon as you sit down in their home, you are served something to eat and drink. The hosts wait until you’ve had your fill before they eat, per their custom. Only about 50 boats visit this island every year, you are as much of a novelty to your hosts as they are to you. They invite you as guests of honor to a birthday party thrown for one of the island’s children. They give you a tour of the island and every door is open to you. Is this a dream?

Then you realize they have Wi-Fi and are more aware of the most recent European terror attack than you are. They have electricity, they have a school, a medical clinic, an administration building complete with polling place. The few teenagers left on the island are all checking their Facebook on their smartphones. They have a policeman (We asked what he does all day since the entire island’s 56-person population consists of blood relatives? He wakes up, goes to church, eats breakfast, goes fishing, takes a nap, watches the news, eats lunch, goes fishing again before Judge Judy comes on a 2pm and then it’s time to call it a day. Another day being the law…). Bob laments at how the kids these days would rather open up the chest freezer for pre-packaged pork chops than go fishing like their predecessors did.

By the time we left Palmerston two days later, I had very mixed emotions. Gratefulness for the incredible hospitality and yet sadness that even in a world so far away, the banes of modernity still held firm. 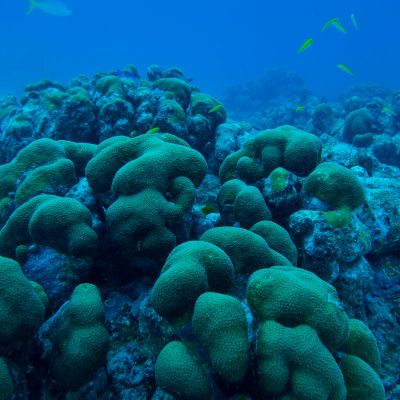